Out of that Box

Purolator buzzes you at 3:08

It's pretty heavy, sealed up tight

THIS SIDE UP in heavy black blocks

Then in small letters near a dented corner

I've got a warning for you my friend

Don't let God out of that box

Then He'll wash your feet

I'd be careful how I handled that box

Make sure it's bound up and locked

'Cause to stir up the pot

Is the last thing we need

This song originally written for a radio contest.  It didn't make it but I was proud of the song.  A year later, decided to go public with a video (I haven't figured out how to post plain mp3's on Blogger).  Footage mostly of our backyard/porch area in Zambia.
Posted by Andrew at 13:07 2 comments:

Run in the Path

Just a short music video here.  The song is based off of two verses from the Psalms: Psalm 119:32, and Psalm 59:16.  I've been reading through the Psalms these last few months and these were meaningful verses, as well as ones that I thought could be put to music.  I picked up the 5-string guitar ;) while the kids were at a birthday party, and recorded with my iBook's built-in mic/added a beat from Garageband.  Mastered with Audacity and iMovie.  The pictures are mostly from our Yellowstone trip a few years ago, but there is one of Victoria Falls in dry season as well!
Posted by Andrew at 13:13 No comments:

We have triumphed. Man over beast! 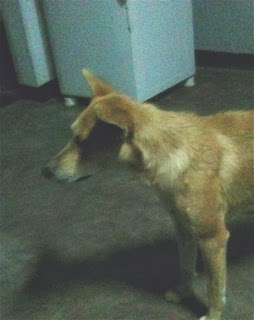 When we moved into our house in Choma a few months ago, we found that among other features, our compound came with two dogs: a mother and a pup. The mother had been left here by the previous tenants, had a litter of puppies, and the other fellow that lives on our compound managed to give them all away, except one that he couldn't catch. He wasn't feeding them very much, just a few scraps--so the dogs would go out into the neighbourhood and forage through garbage or who knows what. We were concerned about them, especially around the kids, so we looked for a solution. Our landlord tried to find a home for them, but when nothing happened we decided to take matters into our own hands. We started feeding them a bit so that they wouldn't need to forage quite as much; we covered our gate with chicken wire so that they couldn't get out so easily (and more importantly, other dogs couldn't get in.

Our gardener surprised us by agreeing to take one of them to his home across town. One day he and his friend caught one--there was a lot of chasing and barking and rope and wire, and somehow they tied it up and we drove it to his home. Now we could get down to training the puppy (named Cookie) and all would be well.

Training a dog wasn't as easy as I thought it would be. Cookie is a bit shy and had never been touched by a human. Eventually I gained her trust somewhat, but never enough to pet her. One day she broke her front leg somehow, and after that we didn't see her much--she was hiding in the bushes at the back of the compound. Eventually she started to heal and I spent an afternoon on all fours with her, confined on the porch, but we didn't make much progress. I had some hope, but that was all dashed when...the first dog, Mango, came back!

I don't know quite how she found us again...think The Incredible Journey. Our gardener promised to take her home again, but never was able to. We were feeding two dogs again, and Mango ate the most!

Two dogs were too much for us. The kids were a bit scared of them, though they never hurt them. They found other ways out of the compound and brought back more garbage. And Cookie abused the cat and ate people's shoes. Kate ended up getting a few rabies shots because she was bit by the cat, and we knew the cat was often held in Cookie's mouth, who played with Mango, who wandered the neighbourhood...we couldn't catch the dogs to vaccinate them. Very frustrating!

Our gardener was not able to repeat his amazing dog-catching performance, though he was willing to take the dog to a new place, the family farm. It was up to me. I tried drugging them with sleeping pills. I slipped a leash on Mango in her woozy state, but as I was putting her in the back of our car, she slipped out (she has a small head). After that she was quite wary of being caught.

My next trap idea was to put food in the back of our Rav4, with a string tied to the back door. When the dog would climb in to get the food, I would pull the string from inside the house. However, the dogs did not fall for that. Too smart.

One morning I woke up with a new idea (I got it from a Care Bears movie actually--thanks Grizzle). A box, suspended from the porch ceiling, dropping onto an unsuspecting dog! I rigged it up. 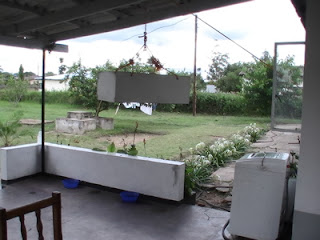 It worked! Mango came to lick some food off the porch floor. Inside the house, I let go of the rope at just the right time! It came crashing down on Mango. With a yelp she somehow busted the wooden box (former cabinet) apart and escaped. I was crestfallen, and she didn't come near the porch for the rest of the day!

During the weekend I reinforced the box with every screw I had. This morning I rigged it up again before breakfast. I set out some food, called the dogs, and ran inside to loosen the rope. Mango started eating off the floor while Cookie took the dog bowl. Once again I let the rope go. The box fell gently on top of Mango, and this time it held. There was a quick yelp and all was quiet.

Our gardener's brother, who is now working for us, helped me put the box in the back of our Rav4. We drove to his farm, 16 kilometres away down a dirt road. We took out Mango--she was scared, but quiet and calm. We chained her to a tree. The farm will be a nice place for her to live--and hopefully it's far enough away that she won't find her way back. Finally! (Now what to do with Cookie? Probably re-use the trap and get her put down at the vet, unless someone else wants her.)

Thanks for those of you who were praying for this situation.
Posted by Andrew at 04:11 No comments: 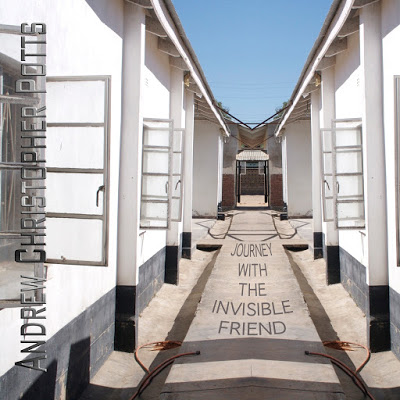